Here are Sue’s scores for Sylvester’s stories in reverse order (and transmission order when tied):

Thanks to everyone who sent Sue a question. Apologies if I didn’t use yours this time, but you can still contribute to our final podcast which I hope to release in early May (depending on how many submissions we get). Please note: we are only accepting questions and/or messages recorded on audio for that (and they should cover the whole experiment). If you would like to contribute to this podcast then the deadline is May 1st.

Anyway, let’s get this show on the road.

Chris Cassell: Which Kangs are best?
Sue: Purple Kangs are best.
David Lancaster: If you could ask Sylvester McCoy to roll the ‘r’ in any word, which word would you choose? 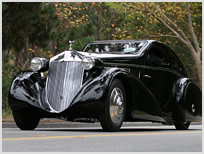 Sue: Rolls-Royce. That’s one word, isn’t it?
Richard Lyth: If Ace was your daughter, what advice would you give her?
Sue: Ace wouldn’t listen to her mother, so whatever I told her would be a waste of time.
Scott Fenton: If you could trap Keff McCulloch in a room, how would you punish him?
Sue: I’d make him listen to his own music on a loop. Then again, he’d probably like that, wouldn’t he?
Nick Mellish: Melanie Bush: crap scripts or just crap?
Sue: Just crap. She never got a good story, did she?
Tansy Rayner Roberts: If you could knit the perfect jumper for McCoy, what would the pattern be?
Sue: I wouldn’t bother with a pattern, I’d keep it plain. They should have toned everything down a bit. Plus, I’m not a very good knitter.
Encyclops: If Neil were to pick up one of the Seventh Doctor’s habits, which would you prefer: a penchant for puns, a tendency to ruthlessly manipulate your emotions to achieve his secret goals, or a talent for playing the spoons?
Sue: He’s already pretty good at the first two, so I’ll have to say the last one so he can have the full set.
Kevin Jon Davies: What (or who) else would you like to have seen Ace batter with a baseball bat?
Sue: Gary Downie. From what I’ve been told.
Me: Lots of people asked this one, including Craig Williams, Simon Hart, Chris Bryant and Hector Roddan: How should Ace have left the series? 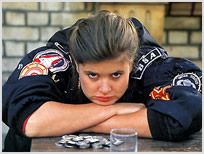 Sue: She should have made peace with her mum. Then she should have moved back in with her, finished her A-levels, and got a proper job. Or would that be too boring?
Me: What about the idea that Ace would have moved to Gallifrey to train to be a Time Lord. Good idea?
Sue: No. She’d get blown up in the Time War.
Me: Again, lots of people asked a variation on the following question, including Liam Hutchinson and Russell Watson: Were the BBC right to cancel the series in 1989?
Sue: Yes and no. It was definitely getting better when they stopped it, but at the same time, if no one cared enough to do it justice, they had to give it a rest. It was either that or a new producer. Maybe the BBC should have advertised the post better?
Lewis Christian: The end of Survival, you felt, was tacked on and cobbled together. Given the same circumstances, what would you have done to end the series? A different speech? A montage? An extra scene with McCoy’s Doctor?
Sue: **** knows. A helpline number?
Cliff Chapman: Why do so many people hate this period of Doctor Who?
Sue: I didn’t know that they did. Oh, I don’t know. Was it was because JNT couldn’t be arsed with it? Or maybe it because the show was cancelled when McCoy was the Doctor. Is that it? Do they blame him? That would be silly because he’s a really good actor.
Me: A few people (including James P Quick and Patrick Sanders) wanted to know what you would have done if you had taken over as the producer for a 27th season.
Sue: I’d have set it all outdoors and I’d have got that Ben Aaronaraonronivitch to be the script editor. And then I would have made it consistently good.
Me: Are there any monsters you’d bring back?
Sue: Yes, the Kandy Man.
Bryan Simcott: It’s 1990 and McCoy wants to leave. Who do you cast as the 8th Doctor? 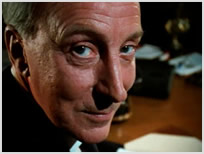 Sue: Paul McGann, I suppose.
Me: Apart from him.
Sue: Richard Burton. No? Why not? James Mason. Well you don’t know if you don’t ask! Okay, Ian Richardson. He could do it like William Hartnell. Although he might play it as a Tory as well.
Erik Pollitt: If you were the 7th Doctor’s companion, what fears would the manipulative bastard make you face?
Sue: My fear of beach balls. I’m terrified of beach balls.
Andre Tessier: Was making the Doctor darker a good thing?
Sue: Yes, it was good to give him a bit of depth, even if he was a bit of a sneaky bastard.
Me: You seemed to forgive McCoy for what he did to Ace when you hated Jon Pertwee when he wasn’t very nice to Jo Grant. Why was that?
Sue: Because McCoy’s Doctor was doing it for the greater good, whereas Pertwee’s Doctor was just interested in himself. Like that time with the sandwiches. There was no excuse for that. What the Doctor did to Ace he did for a reason.
Sean Alexander: Given the chance, would you have rather watched Alan Bradley getting hit by a tram?
Sue: Who’s Alan Bradley?

This is the point where I usually ask Sue to sum up this particular Doctor in three words, but this time I’ll leave it to: 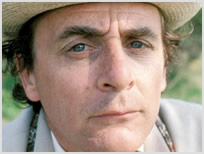 Celia Weston: Since Mr. McCoy was Dr. Who number seven, how would you summarise his time on the programme in only seven words? (this need not be a coherent sentence; seven nouns, adjectives or expletives will suffice).
Sue: Sneaky, deep, lonely, silly, mysterious, short and quirky.

After lots of deliberation, we have decided to give signed copies of our forthcoming book to Encyclops and Erik Pollitt. Please send me your postal address and I’ll do the rest.

Sue: So what are you making me watch before Paul McGann?
Me: I want to give you a taste of what it felt like to be a Doctor Who fan between 1990 and 1996.
Sue: You want me to be depressed?
Me: Would you prefer it if we just ended this now?
Sue: I would and I wouldn’t. It’s complicated.

Join us back here in a week’s time to see what we watched. You can place your bets now. 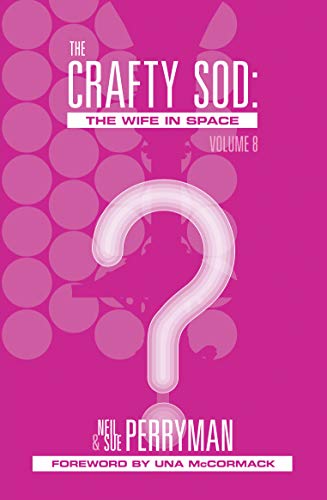 Volume 8 is packed with extras, including Dimensions in Time, More Than 30 Years in the TARDIS, The Wilderness Years, The Night of the Doctor, The Five(ish) Doctors Reboot, illustrations by Graham Kibble-White, episode annotations and a foreword by Una McCormack.