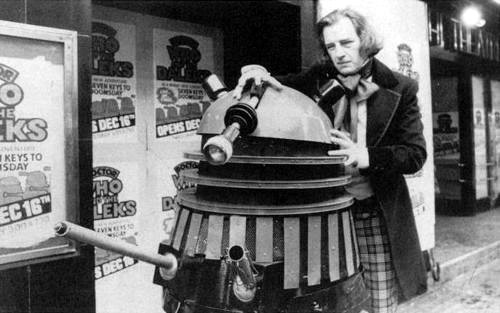 Trevor Martin and the Seven Keys to Doomsday. 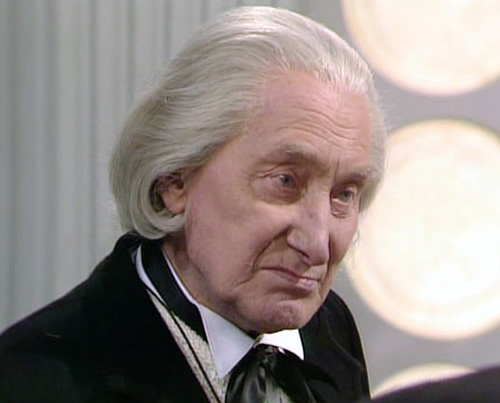 Richard Hurndall is William Hartnell as the First Doctor. 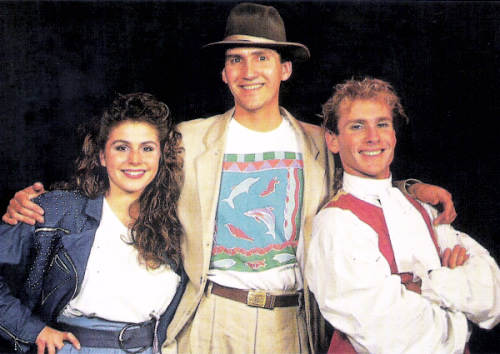 For one night only, David Banks was Doctor Who. David is the one in the middle. 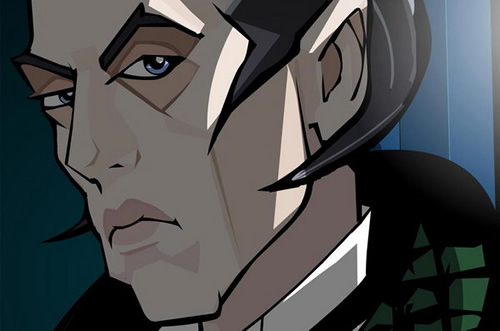 Non-canonical multi-Doctor action in the hilarious ‘The Curse of Fatal Death’.